Circa 1787 George Chrisman House: A Virginia and National Historic Landmark

This limestone house was built between 1761 and 1787 by George Chrisman (1745-1816), a captain in the Rockingham County, Virginia militia during the American Revolution.

Captain Chrisman was a farmer and prominent citizen, husband to Hannah McDowell (1747-1817) and father to seven children born between 1766 and 1784 (Joseph, Hugh, John, Charles, Margaret, Elizabeth, and Hannah).

The Chrisman name, well known in Rockingham County for more than a century, has been largely lost due to time and the family's pioneering spirit.  Many family members migrated further west, including three of George and Hannah's own children, Joseph, Hugh and Margaret, who left Virginia for Kentucky between 1790 and 1800.  The Chrismans' last claim to the stone house was in 1829 when George and Hannah's daughter Elizabeth (1779-1835) and her husband Conrad Custer (1771-1845) sold the house to the first of three generations of Shavers.

Located on the property are the ruins of Shaver Mill, a circa 1830 limestone gristmill that was built during the 1829-1948 Shaver ownership period.

Although known locally for many years as "The Shaver Place," in 2006 the house was officially named in honor of its original owner when it received designation as an historic Virginia and national landmark. 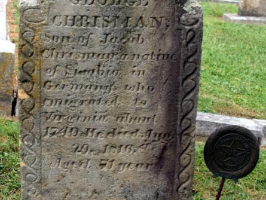 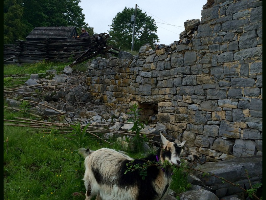 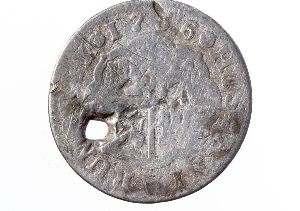 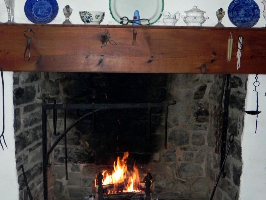 Walk-in cook fireplace in the kitchen 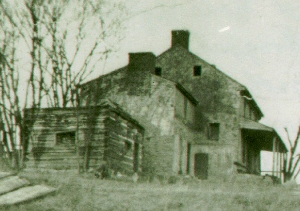 Print | Sitemap
Copyright 2009-2022. Images and content on this site should not be reproduced in any form without written permission from the site owner. Please email requests to GCH1787@gmail.com.
Login